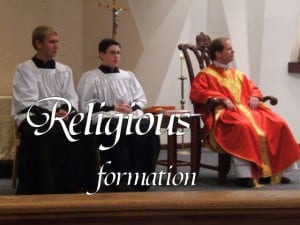 We begin our history by honoring and recognizing the men who answered the call to serve not only our beautiful Mountain State, but also and especially our parish.

The Diocese of Wheeling-Charleston then sent us Rev. Raymond D. Jablinske. Father Ray as he was affectionately known served our parish for more than 15 years. He faithfully served from June 1985-to Sept 2001.

Rev. Frank A. O’Kruta was then appointed to serve Our Lady of Peace. Father O’Kruta was named pastor in November of 2001 and proudly served until June 2008. We welcomed Rev. Christopher M. Turner as pastor in June 2008 until the spring of 2009. Although Father Chris was here for the shortest amount of time he will always be a inspirational member of our parish family.

In June 2009, our present pastor, Rev. Dennis R. Schuelkens, Jr. was assigned to our church. Father Dennis was instrumental in overseeing the renovations of our church and is a great witness to the exciting growth of our parish school.

Below is our recorded history from 1962-1975 presented by the Wheeling Intelligencer Newspaper:

Thus, on property obtained from Mrs. Jessie A. Devinney a new church constructed by Byrum Construction Company, Wheeling, WV for a cost of $65,000.00 and a school building constructed by Jellier & Sons Company of Martins Ferry, Ohio for a cost of $150,000.00 was first officially announced to the public. On June 1, 1962, Archbishop Swint officially established Our Lady of Peace Parish, a moveable parish, and named Rev. Robert E. Lee its first pastor. The parish was the 100th established in the Diocese of Wheeling and would serve the Catholics (193 families) of the Bethlehem-Mozart-Mt. Olivet-Sherrard areas.

The first Mass was celebrated in the church on June, 10, 1962, the Feast of Pentecost, by Fr. Lee. The Rt. Rev. Frederick J. Schwertz, Chancellor of the diocese, presided over the blessing and dedication ceremonies before the Mass. Then, on September 2, 1962, the Most Rev. Archbishop Swint and Coadjutor Bishop Joseph H. Hodges came to the hilltop to bless and dedicate Our Lady of Peace School which opened to 120 students and was staffed by four Sisters of the Congregation of Mary (Marists) of Ireland.

With these humble, yet strong beginnings our parish and school have continued to thrive and grow to meet the constant demands of parishioners and students. The following special dates and events reflect our growth in faith.

Bishop Hodges presents diplomas to the first seven OLPS graduating class. Each year since then, OL Parish School has continued to present diplomas to its graduates.

The first Sunday Religious Instruction Class is opened to Catholic students in public schools. These will later become a CCD program and continue to this day as a Parish School of Religion staffed by dedicated lay teachers.

Fr. Lee establishes the Parish Advisory Council. This will later be known as the Parish Council. Currently, we have a dedicated group of parishioners who serve on our Parish Pastoral Council. (We also have a Parish Finance Council.)

Sr. Annetta and Fr. Lee establish the School Advisory Board. Our current School Board, consisting of a group of dedicated parents, with the guidance of pastor and principal, continue to advise and work to improve our parish school.

OLP Parish initiates the use of song leaders at its weekend Masses. Today, the parish has an adult choir, a special choral group and is blessed with two organists and eight cantors.